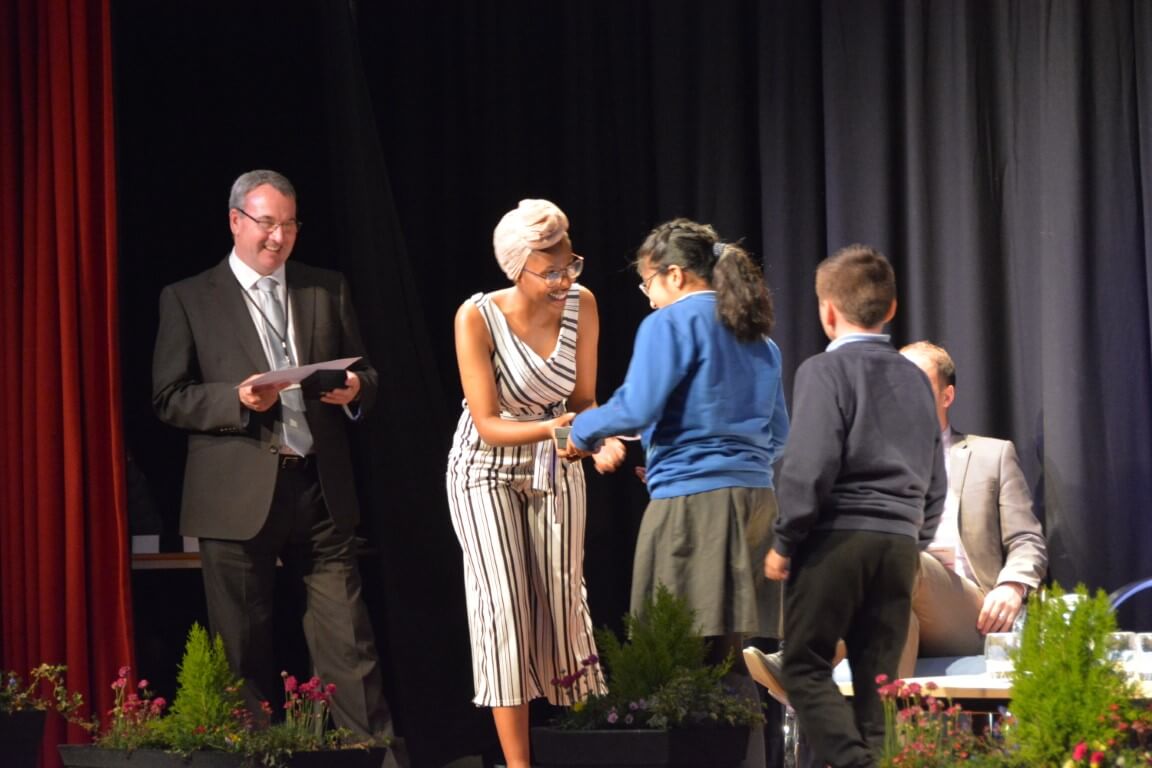 Students from across 10 schools gathered together at Rawmarsh School to celebrate their news reporting skills earlier this month.

The event, which attracted two hundred students, parents and staff, recognised the work produced by pupils during the three BBC Young Reporters news days at the Rawmarsh CLC in March.

Awards were handed out for categories such as “TV News Anchor of the Year,” “Sports Reporter of the Year” and the “Young Reporters’ Leadership Award.” The evening was also an opportunity to showcase the TV news bulletins that students created during their newsdays.

There were three magnificent live performances from Y11 vocalists Will Jeffrey and Maddie Bates, while special guest BBC Radio Sheffield journalist (and former student) Sile Sibanda presented some of her inspiring poetry.

Thanks to everyone who attended and all the staff who supported the ceremony.