Skip to content
On Tuesday 23rd November, the Rotherham School Games organisers hosted the Rotherham U11 Hockey Finals in conjunction with Rotherham Hockey Club.
160 girls from 16 schools took part in the event, with two groups of eight battling it out to see who would make it through to the semi-finals in the afternoon.
Mr Walker, School Games Organiser, said: “It was great to see so many girls taking part in inter-school sport after a challenging few years. All participants grew in confidence as the day went on and played the game with a smile on their faces – exactly how school sport should be played.”
The group stages were extremely close with two schools narrowly missing out on the semi-finals in their last game.
Aston Fence, Thorogate, St Gerard’s and Thornhill made it through to the knockout stages, with Aston Fence beating Thorogate by one goal and Thornhill beating St Gerard’s with a golden goal in extra time to make it through to the final.
After a tense game where both teams had chances, even extra time couldn’t split the two sides. Rotherham Hockey Club explained the winner would be decided by a ‘penalty shuffle’, where the attacker would have six seconds to score a 1 v 1 – best of five wins. Thornhill had a chance to win it after five, but the scores stayed level and sudden death was required.
Aston Fence managed to come out on top, but both teams were a credit to their schools and will both represent the borough in the South Yorkshire Finals in February.
Well done to all who took part!

On Tuesday 16th November, the five Eco-Council teams from across Wickersley Partnership Trust’s five secondary schools came together for a day of collaborative learning and campaigning run by local charity, Hope for the Future.

Hope For The Future is a climate charity which works to equip communities, groups and individuals across the country to communicate the urgency of climate change with their local politicians.

So far HFTF have taught the Eco-Council students how to campaign for change and what campaigning looks like, as well as introducing them to their local politician through a Q&A session.

The young activists all met and took part in a very interactive and collaborative day of campaigning through craft and writing activities, and they learned how these campaigns are met and addressed in Parliament.

It was an extremely productive and proactive day of campaigning and it was also fantastic to see so many aspiring students from across the five schools connect so well.

Rosie Wright, Schools & Youth Outreach Support Officer, said: “Our team at Hope for the Future were delighted to work with such passionate and engaged students from the Eco-Councils across the Wickersley Partnership Trust for our Parliament Week event on Tuesday 16th November. The focus of the event was on Climate Change and Parliament, and learning about how students can engage with Parliament and their MPs to inspire meaningful action to address Climate Change. Throughout the day students crafted climate-themed decorations for their MPs, wrote postcards to their MPs including their own poems about climate change, and also took part in a workshop on how to create petitions to Parliament lead by Professor Cristina Leston-Bandeira of Leeds University.

“All of us at Hope for the Future were thrilled to be met with such enthusiasm for issues of Climate Change from all students, and are looking forward to sending all of their excellent poems on to their MPs. We’re sure the MPs will find them just as moving and thought-provoking as we did!”

Since March 2020 – throughout the pandemic – the students have been exchanging letters with some of the residents from the care home and they finally got to meet their lovely pen pals face-to-face!

During the visit, Class 2 sang sea shanties and dropped off more letters and sweet treats for the residents to enjoy.

Shirley Ward, resident at Broadacres Care Home, said: “How wonderful. Thank you so much – you have brightened our day.”

Lindsey Grady, Home Manager at Broadacres Care Home, said: “It was wonderful and so kind of the children and their teachers to visit.

“One of our residents, June Hague, was moved to tears by the children’s visit and thought the letters were beautiful.

“All the residents were so pleased to see them and can’t wait to tuck into all the lovely treats they have donated.”

They’re hoping that the students can visit their pen pals again during the festive period to sing some Christmas carols!

Do you like being highly organised? Are you good at dealing with problems? Do you enjoy working with people? A…

Over the course of this academic year, Year 5/6 students from across Wickersley Partnership Trust’s primary schools will be having Art Photography lessons from Trust teacher, Heather Irwin.

This is part of their enriched curriculum entitlement.

Monkwood Primary School is the first school to start the lessons and they are doing brilliantly so far!

Lesley Bonnington at Monkwood Primary School said: “Huge thanks to Heather for the hours she has put in with this!

It is such an enhancement to the curriculum – and brilliant CPD for staff too.
We are super proud of our photographers here at Monkwood.”
We’ll keep you updated throughout the year as our primary schools start to learn all things Art Photography and get busy with the camera.
For now, take a look at some of the fantastic work the Monkwood students have produced.

The WPT Staff Awards 2021 event was a huge success. Not only did we recognise and celebrate the work that the whole Trust community has put in over the 20/21 academic year, but we all had a brilliant night and have received some lovely feedback from everyone involved.

A big thank you to everyone who made it so special –  employees, directors, governors, partners, performers and all of the team at Magna.

Watch the video to see what we got up to on the night. 👇

We’re holding our annual Christmas Card Competition – this is open to all students in Wickersley Partnership Trust schools, from FS1 to Year 13.

Here’s what you have to do…

Your design could be featured on our 2021 Wickersley Partnership Trust Christmas cards and there are some mystery prizes up for grabs!

We look forward to seeing your entries – good luck! 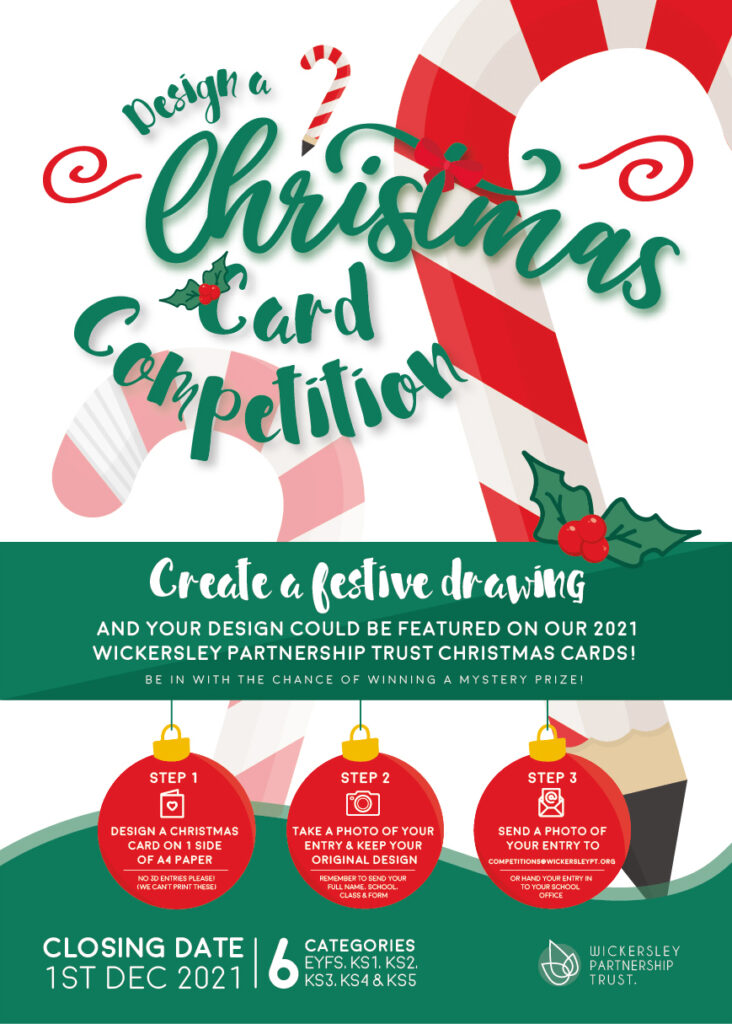 On Friday night – at Magna Science Adventure Centre – schools and departments across Wickersley Partnership Trust came together to celebrate the hard work, commitment and dedication of all of the staff across the Trust at our annual Staff Awards event.

After undoubtedly one of the most challenging years that Wickersley Partnership has faced together, we wanted to give our staff a night to remember – and that it was!

From hundreds of nominations, a total of 28 awards were given out for Contribution, Collaboration, Leadership, Special Recognition, Lifetime Achievement and Team of the Year, with winners receiving a personalised glass award, flowers from Forget Me Not and an Amazon voucher.

We enjoyed a three course meal, flame jugglers, magicians, dancers, a raffle and performances by ex-Wickersley student and singer-songwriter, Alfie Sheard, and band, At the Arcade – who got us all on the dancefloor for a fantastic finish to the night.

Of course, none of this would have been nearly as possible without our event sponsors. A massive thank you goes out to:

Congratulations to all of our award winners this year – your passion, hard work and commitment to the Trust does not go unnoticed.

We cannot wait to see where this year takes us and look forward to our next event to celebrate our whole Trust community once again.

A huge thank you to our sponsors for the evening: 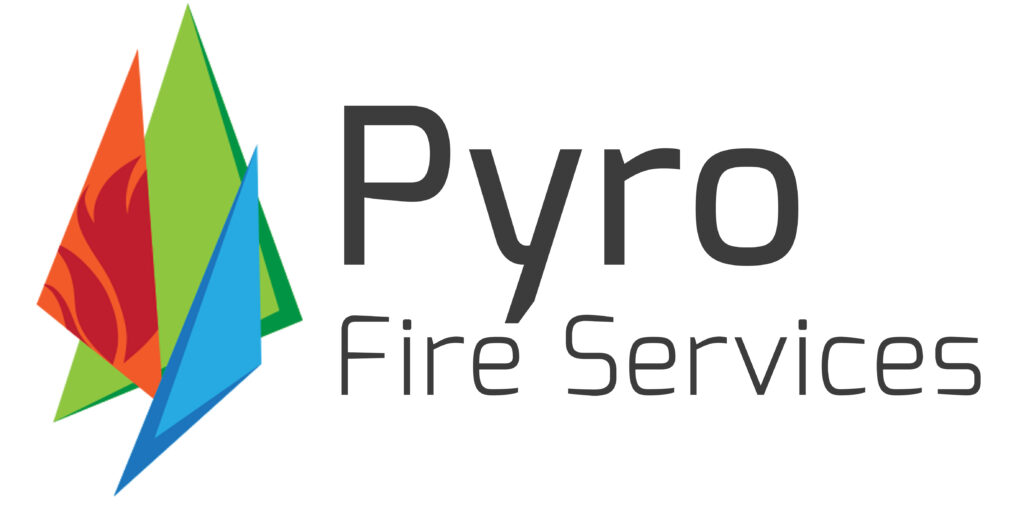 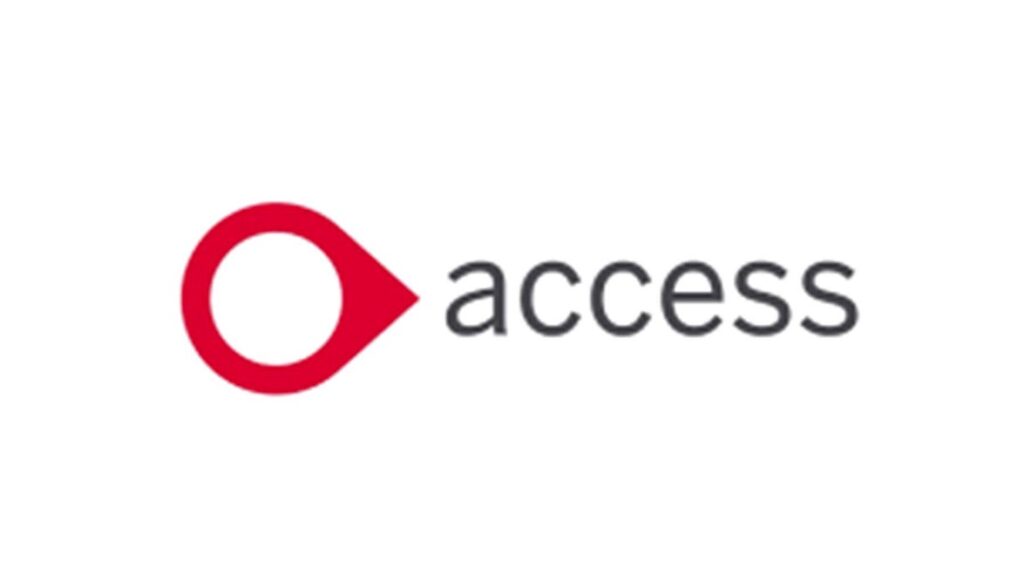 Thank you to the following  for their generosity in donating raffle prizes: 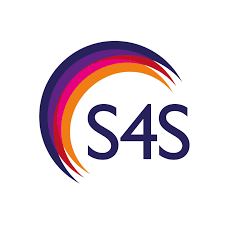 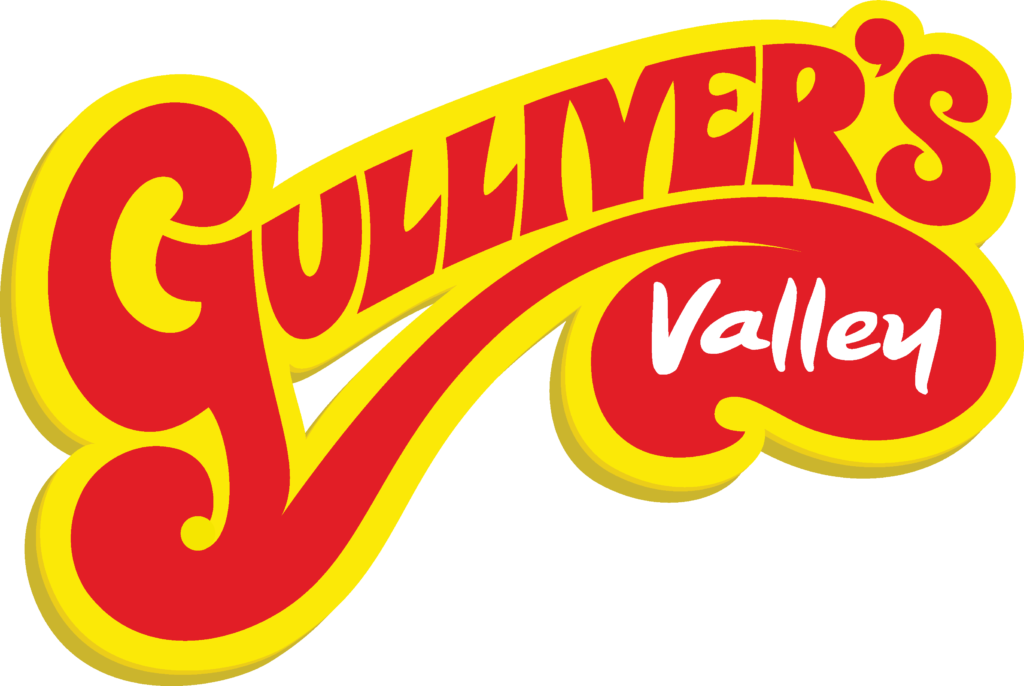 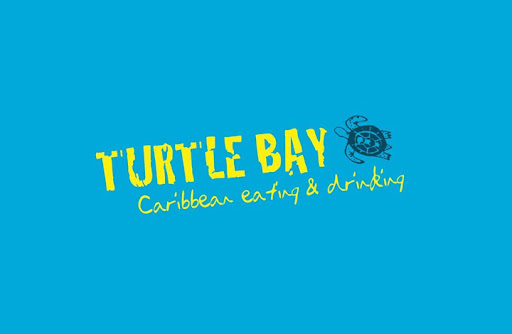 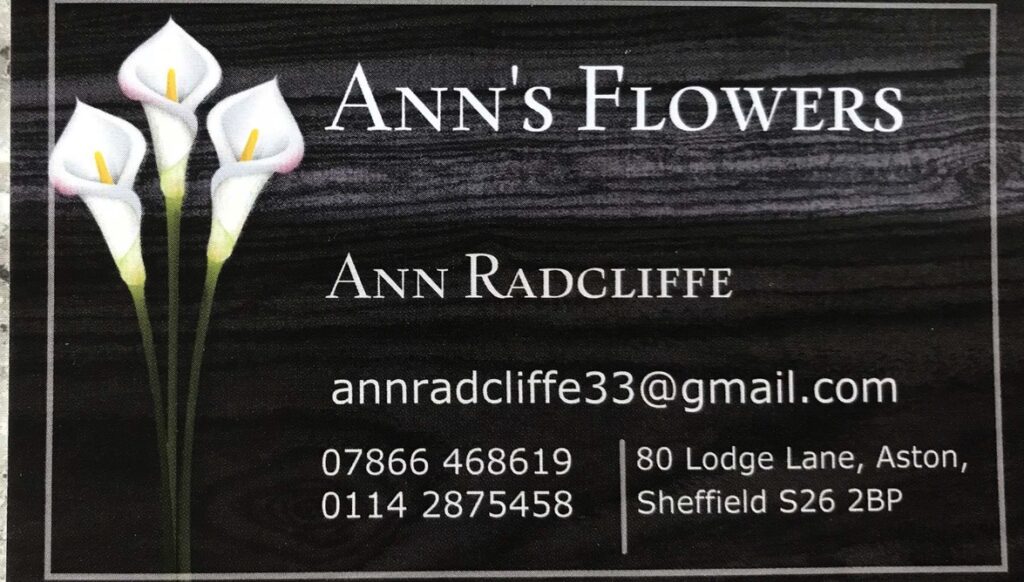 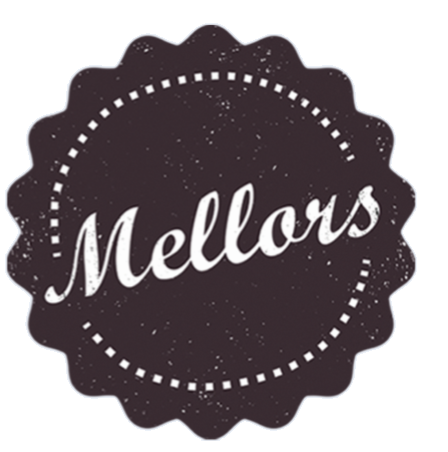 This week, students at Wickersley Sixth Form start the Autumn Get Work Ready programme, where they will gain valuable work…

The start of the academic year saw the opening of Rawmarsh Community School’s brand new building – housing 10 new MFL and Social Science classrooms – which the students are settling brilliantly into.

In May this year, Hawker Construction Ltd started the construction works on the new block and we were so pleased that it was ready in time for the students returning to and starting Rawmarsh in September.

Matt Turton, Headteacher at Rawmarsh Community School, said: “We are delighted with the new MFL and Social Science block and even more so that it was completed on time to unveil the building to our students at the start of the year.

“Testament to the school’s improvement since becoming part of Wickersley Partnership Trust, we now have the space to help with the continuous rise of Rawmarsh Community School’s popularity.

“It is a truly exciting time for our community and we will continue to commit all of our energy to prepare students for an ever-changing world able and qualified to play their full part in it.” 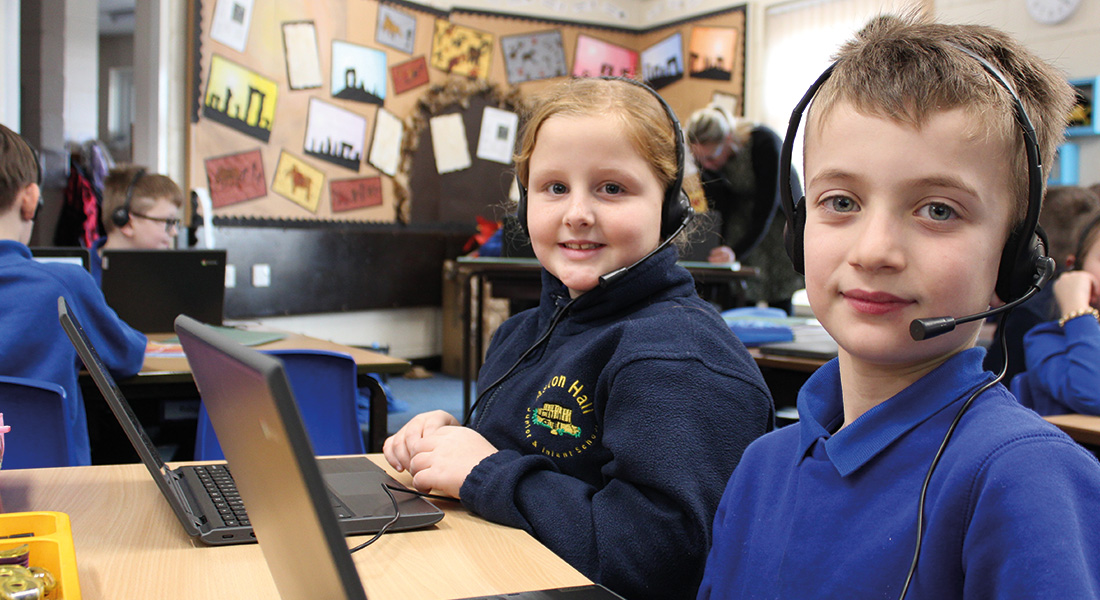 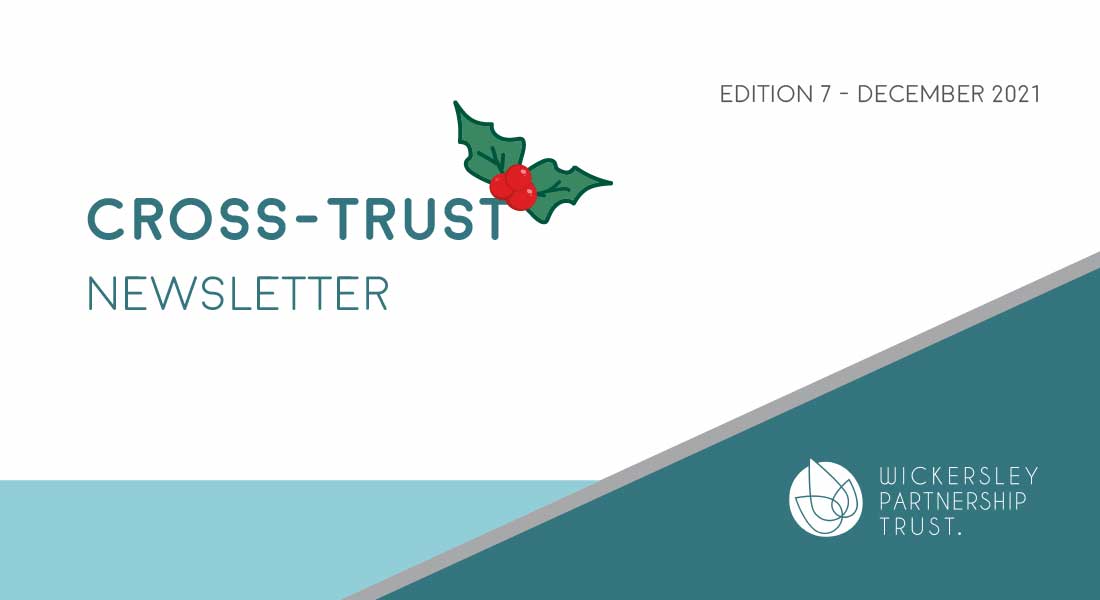 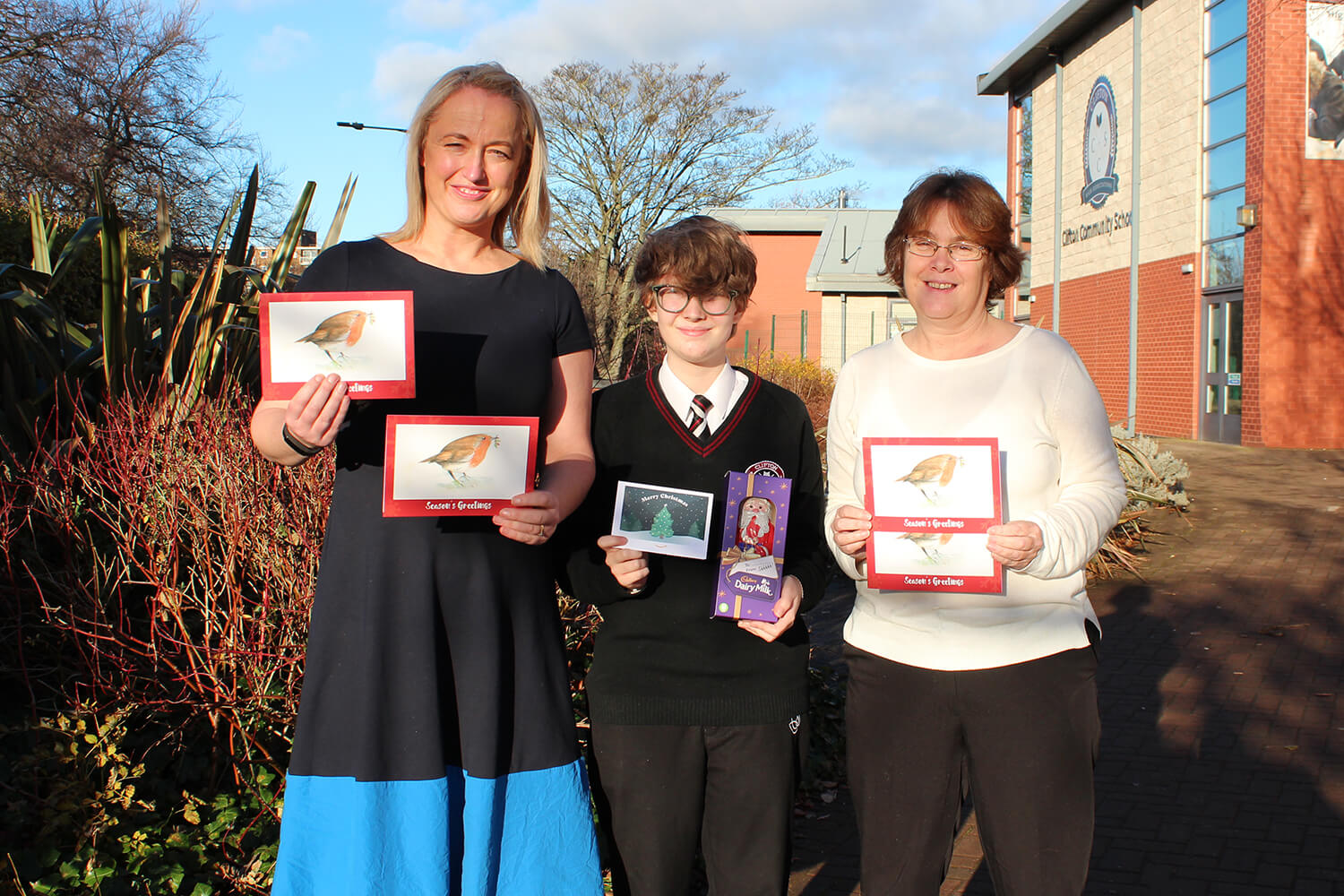 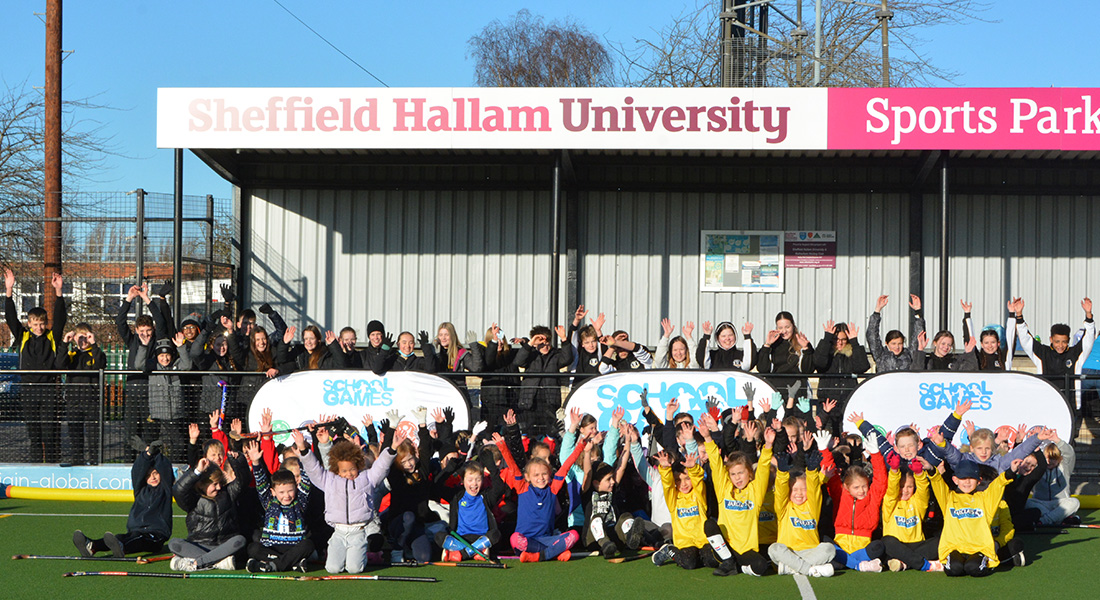